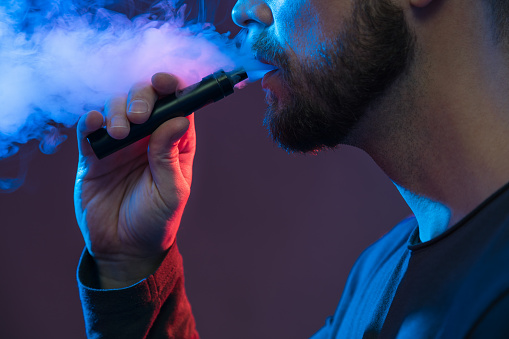 In the past, electronic cigarette smoking was acceptable anywhere — even in public places. However, after it was realized that secondhand smoke from a burning cigarette can also affect the health of nonsmokers, laws to prohibit smoking in public were passed to limit people’s exposure to secondhand smoke. That is why today we have designated smoking areas for smokers.

Exposure to secondhand smoke from cigarettes can cause heart disease, lung cancer, and all the other risks associated with smoking cigarettes. When laws prohibiting public smoking were passed, electronic cigarettes not factored into these laws. This means that you can walk into a bar where the air is filled with electronic cigarette vapor and you are left wondering whether you have been exposed to any risk.

Here is what you need to know about electronic cigarette secondhand smoke.

What is the difference between secondhand smoking and secondhand vaping?

Before we fully dive into secondhand “smoke” from electronic cigarettes, it is important we first understand the differences between secondhand vaping and smoking. Secondhand smoking occurs when a non-smoker inhales smoke from a burning cigarette after it has been released by a smoker into the air. Prolonged exposure means that the passive smoker might end up experiencing effects similar to those felt by the first-hand smoker.

Also Read: A Guide For Picking The Best Flower Strains

What are the contents of e-liquids?

The majority of e-liquids contain nicotine, a substance that is highly addictive. However, the nicotine content can vary from one e-liquid to another. On top of nicotine, e-liquids can also produce carcinogens like lead when heated and there is also the danger of inhaling ultrafine particles. The possibility of using unregulated chemicals a reason why you should source your e-cigarette products from a reputable seller.

Are there any potential health effects from vaping?

However, there is a possibility of carcinogens being produced as the e-liquids get heated. This is still being researched and it is only a matter of time the true extent of safety or dangers of e-cigarettes are fully understood. Generally, there is an association between electronic cigarettes and secondhand smoke and we will soon have all the answers. For the fear of the unknown, it is important not to expose pregnant women, infants and children, and people with lung problems to electronic cigarette vapor.

Check Out: 5 Realistic Ways To Make Money Online Via Games

Also, You can find more helpful resources at Digitalfitnessworld.

Top 4 SARMS And Peptides To Use

Is Testosterone Replacement Therapy Safe For You?

What You Need to Know About Breast Lift Surgery