How Temperament and Attachment Can Affect Your Life 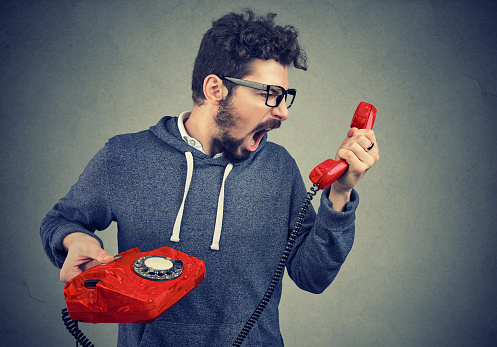 Temperament is a psychological term that generally refers to aspects of someone’s personality. It is usually used to speak about characteristics that persist over the long term and ones that have to do with emotional dispositions and reactions. The idea of temperament has been around since ancient times, so there are many theories about what shapes people’s temperaments and whether they can change over time.

Learning about different temperaments can be a helpful way of understanding your own behavior and the behavior of those around you. No one theory can describe the entirety of the human mind, but looking at our thoughts and emotions from different perspectives can open up new possibilities for understanding.

The idea of temperament originated in ancient Greece when the physician Galen developed his theory based on the concept of the four humors. This theory stated that the human body had four primary bodily fluids. According to the theory, the balance of these fluids could affect health, moods, and other aspects of mental and physical wellness.

One common theory of temperament builds off Galen’s original idea of four temperaments. In this model, a person can be sanguine (outgoing, social, active), phlegmatic (introverted, passive, easy-going), melancholy (cautious, detail-oriented, logical), or choleric (extroverted, confident, creative). According to this theory, a person may have both primary and secondary temperament types, and most people can describe their personality using a mix of these characteristics.

Another theory of temperament says that a person’s temperament comprises nine different traits: activity level, biological rhythms, sensitivity, intensity of reaction, adaptability, approach or withdrawal, persistence, distractability, and mood. This model is often used to help parents understand the personalities of young children and how they react to the world.

Scientists have also developed other temperament models, including ones that split it up into three dimensions or twelve different scales. The research on temperament is ongoing, as scientists try to determine whether there are biological causes for temperament, what factors can affect it, and how it can interact with mental disorders.

How does my temperament affect my life?

The idea of temperament is primarily a way of understanding how people behave by observing patterns of human behavior. Many scientists have theorized that temperament has to do with the activity of the autonomic nervous system, the part of the nervous system that regulates internal organs unconsciously. Sometimes, tempermants can coincide with attachment styles and how you are responding to people in your life. To learn more about attachment specifically, you can check out articles at BetterHelp.

Essentially, thinking about your temperament can help you understand how you react to different situations and stimuli. These behaviors can sometimes be challenging to recognize, especially as they are often controlled by our unconscious mind. Using different systems to classify your temperament allows you to reflect on the unconscious reactions you see in yourself and how these shape your life and your interactions with others.

Can I change my temperament?

Throughout history, different scientists have theorized about how much of temperament is biological and whether it can change over time. Although scientists have found it challenging to determine precisely what factors of temperament are biological, it is clear that people’s emotional behaviors can change over time. It is even possible to change the regulation of the nervous system, shifting the way you react to external stimuli.

Time Management and Behavior Tips to Take Control of Your Day

How to Become a Medical Assistant in Illinois?

How to Deal With Throat Problems

Top 10 Reasons to Change Your Career to Become a Nurse